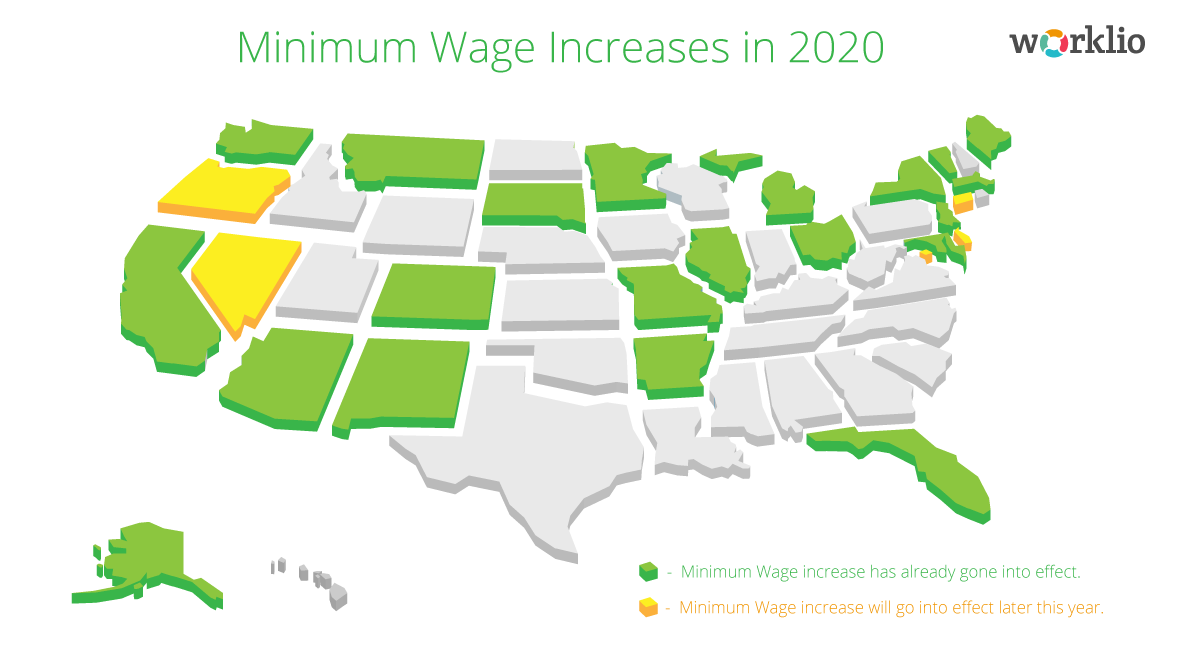 Surprise! It’s time for a Minimum Wage Pop Quiz. Put away your books (and your smart phones) and take out a pen and paper.

Not so easy, was it? Good payroll software will have the answers set automatically so you don’t have to worry about it. But you should have a basic understanding and a general overview. So let’s see how you did. Grade your own work.

Don’t worry if you didn’t do real well on this quiz. Consider it an informative exercise to remind you of the complexity of running payroll.

Remember that you probably have to post the new values in a public place. It’s best to do so, lest you get a fine from the Department of Labor.

How does your company maintain minimum wage rates, state tax rates and local tax rates? Does your Payroll software have minimum wage warnings tied to the state and local guidelines?

See how Worklio helps with due diligence. Get a personalized demo today.